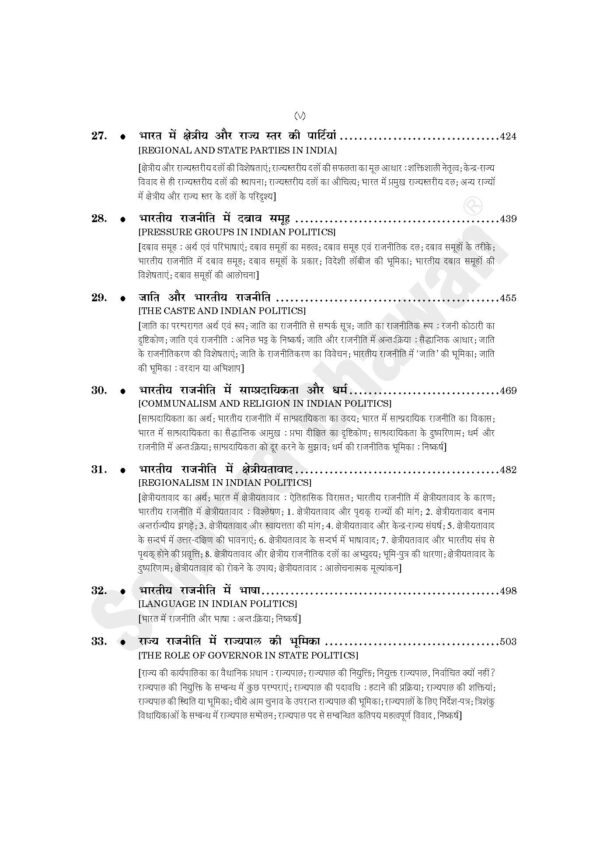 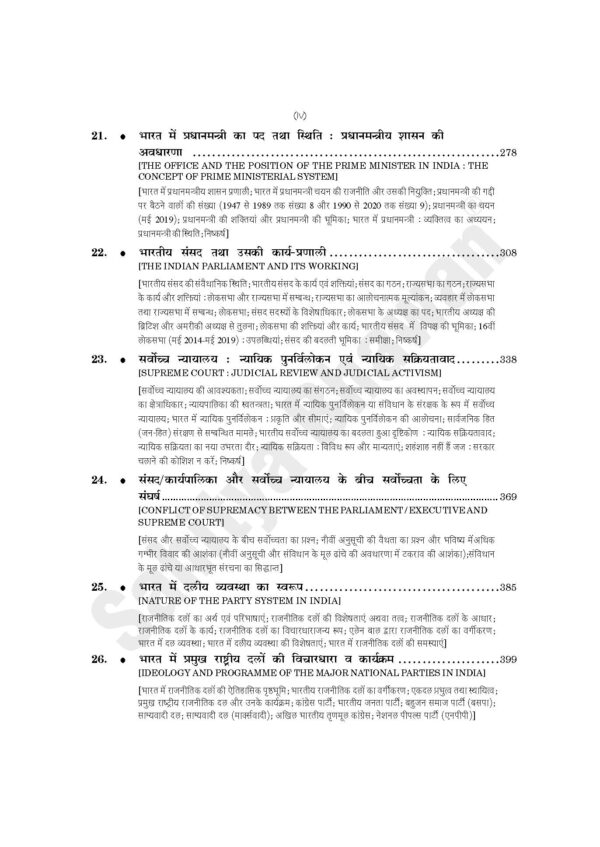 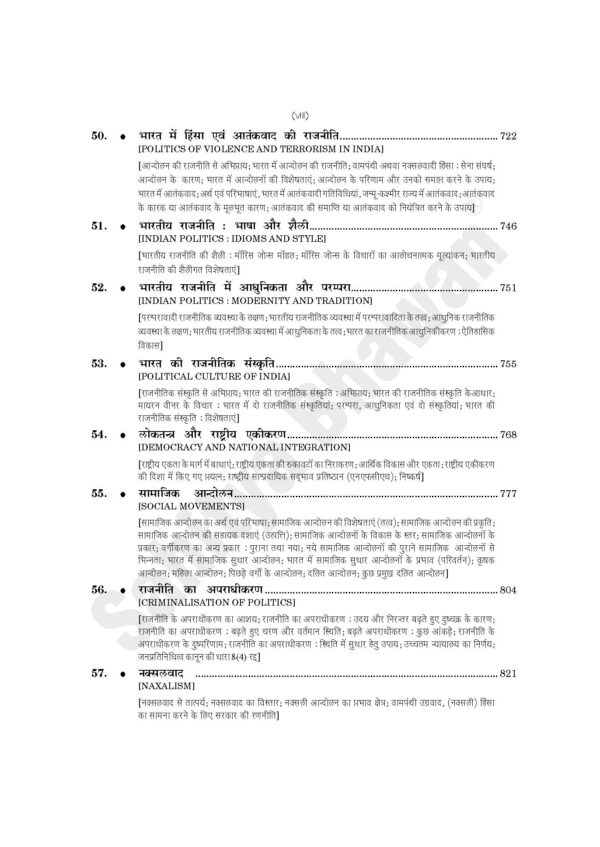 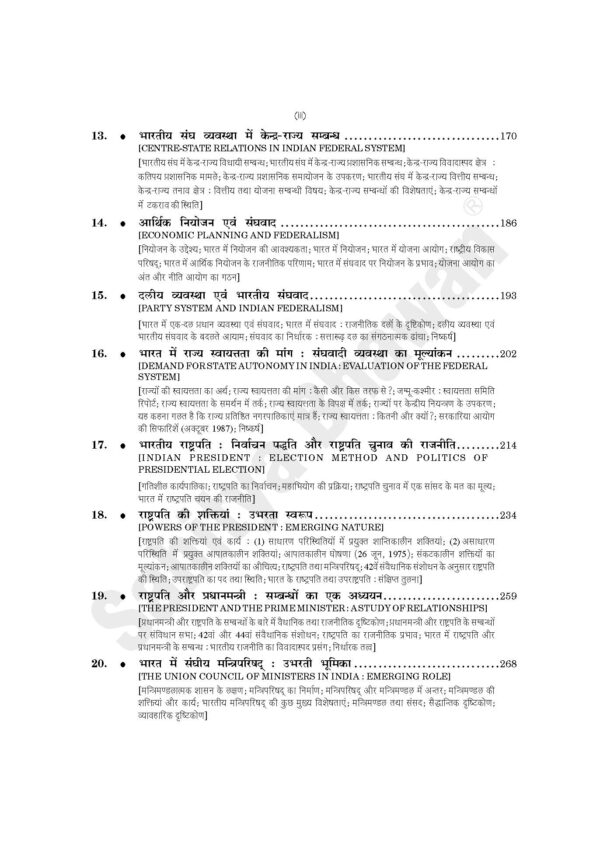 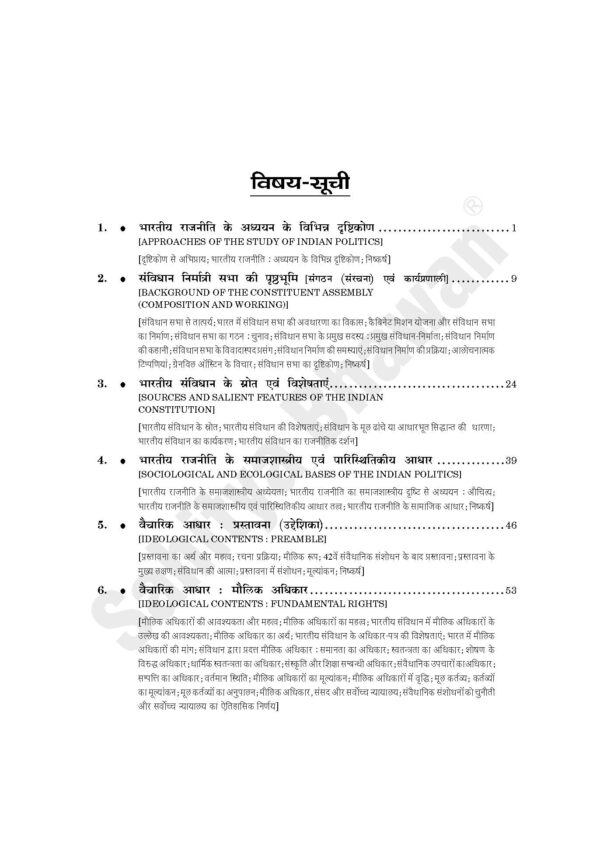 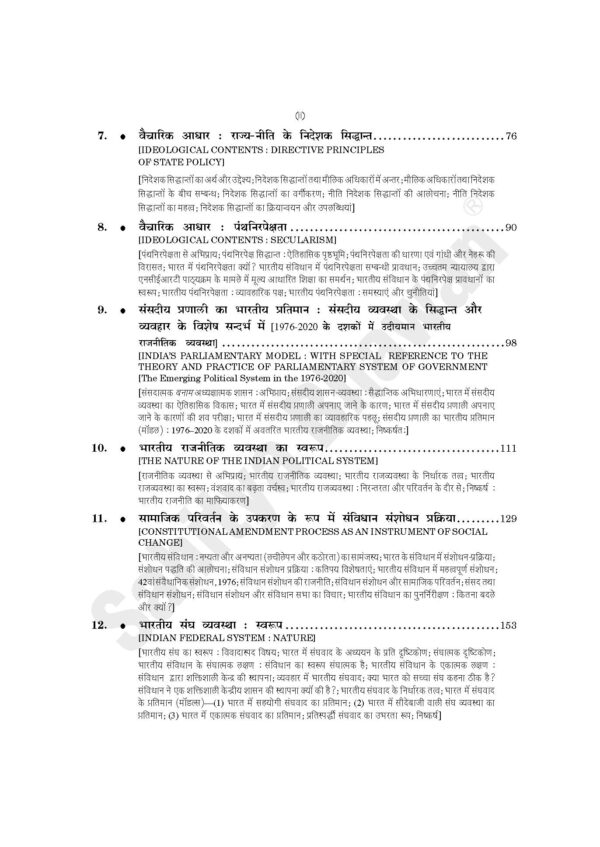 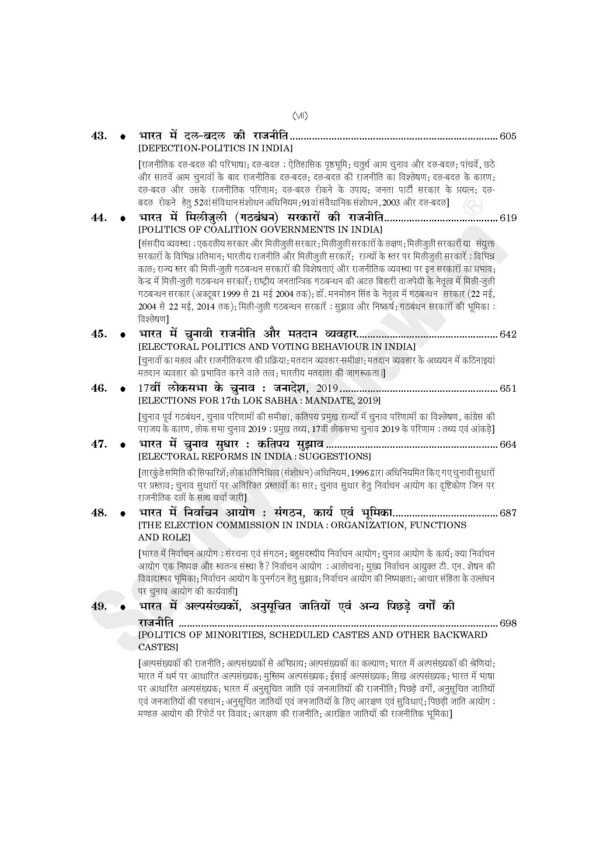 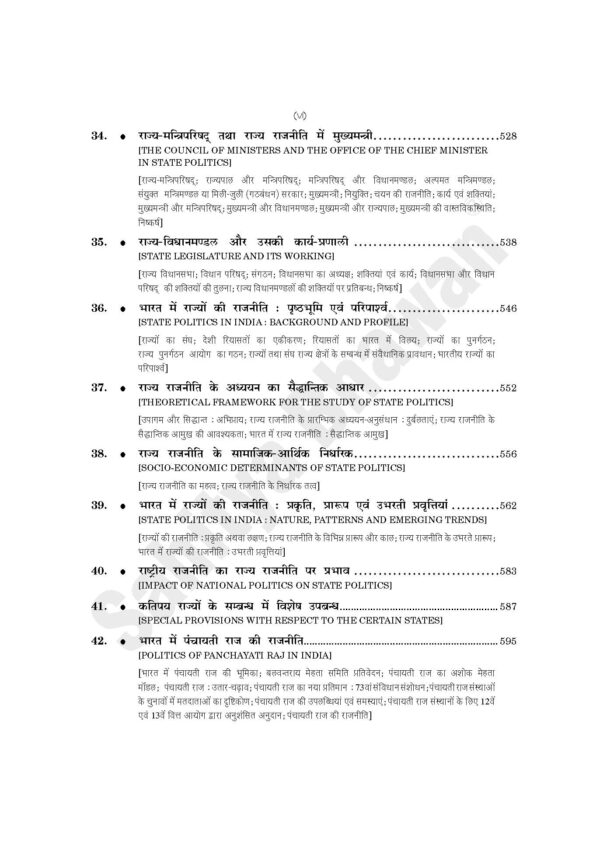 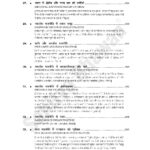 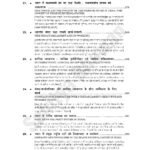 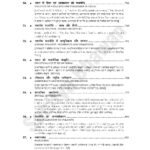 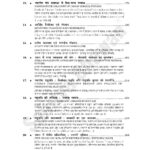 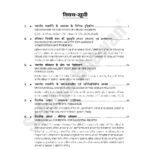 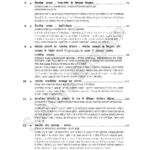 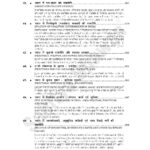 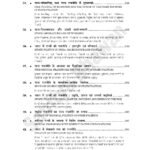 The 24th edition of Prof. B.L. Fadia’s ‘Bhartiya Shasan Evam Rajniti’ book has been revised, updated and also enlarged. It is a matter of satisfaction to the author that the 23rd edition of the book has since long been exhausted thus testifying to its usefulness to the students and teachers of Political Science. While preparing this edition efforts have been made to make it more analytical, meaningful and uptodate, both for the teachers and students and also for those who intend to appear in various competitive examinations at All India or State levels. India is a particularly significant laboratory of political, economic and social development and change. It is a static society in progress, with a political system grounded in conservative traditions but nevertheless in a process of change. In the strictest sense of the term India has perhaps not yet evolved a real political system at all; but it has a well established framework of government and law which is a working reality, although to be sure it sometimes operates in peculiar ways and is often strangely affected by non-political forces and development. The revised volume of Sahitya Bhawas’ Indian Government and Politic presents a fairly comprehensive view of the evolving Indian political system at a critical period of its development. The volume seeks to analyse and probe the diverse aspects and problems of contemporary Indian politics in their proper historical setting. It discusses the constitution making process, Philosophy of the Constitution, Nature of the Indian State, Social structure and Democratic process. It evaluates the amendments to the Constitution uptodate and puts its focus on institutional structures and processes of the governmental system and analyses their working. The book surveys Centre-State relations and critically examines the recommendations of the Sarkaria Commission on Centre-State relations. Fadia’s book discusses the nature of the party system, regional political parties and investigates the problem of electoral reform and makes concrete suggestions. During the years that this work has grown from its earliest beginnings to its present form and content, we have greatly profited from our discussions with several scholars. Besides, we have drawn liberally from many authors whose names and works are mentioned in the foot notes at the appropriate places and also included in the bibliography